Energy and the Environment 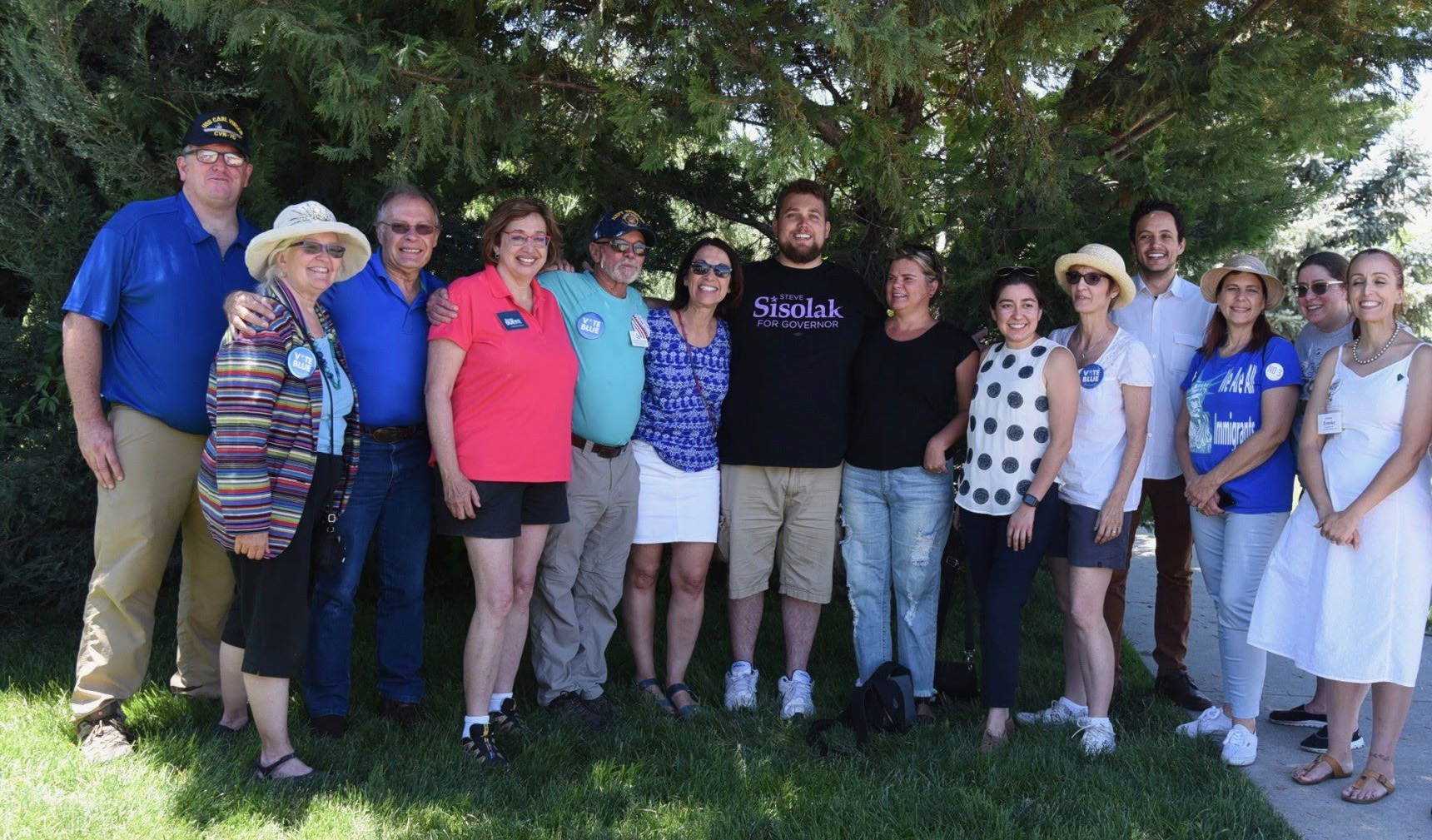 Energy and the Environment – Party Platform 2020

286.
We support sustainable water use and water rights policies that protect streams, riparian zones, wet meadows, springs, lakes, and ponds
287.
We oppose the inter-basin transfer of surface water and groundwater where hydrologic analysis reveals a potentially significant detrimental environmental impact on the original habitat and water uses.
288.
We support effective regulation for groundwater protection including disposal of fracking fluids; injection of any fluids, including infiltration fluids; and require full disclosure of any chemical constituents used in these fluids.

289.
We support the Environmental Protection Agency’s (EPA) Clean Power Plan of 2015 and urge enactment of its provisions in Nevada by State and local agencies.
290. We support the production and consumption of renewable energy, including solar, wind, and geothermal, as the primary sources of energy for Nevada, with a Nevada renewable energy portfolio standard of 100% by 2040.

291.
We support programs and policies that address global climate disruption, and we acknowledge that human-induced climate change and global warming are settled science that should be the basis of sound public policy
292.
We support reengagement with the international community in significantly reducing greenhouse gas emissions through rejoining the Paris Climate Accords and/ or joining other appropriate international efforts.
293.
We strongly support full funding for agencies and laws that are critical to environmental protection, including the Environmental Protection Agency, the US Department of Interior, the National Environmental Policy Act, the Endangered Species Act, the Clean Air Act, the Clean Water Act, the Land and Water Conservation Fund and others that can affect the environment; and furthermore, we support restoration of regulations and standards to those in effect prior to 2017.
294.
We support the adoption of measures to ensure the safety of our workers and communities affected by the transportation, handling, distribution, and disposal of hazardous materials.
295.
We support legislation to combat climate change that aligns with our goals of fighting racism and economic inequality, as environmental damage disproportionately affects communities of color and low-income areas.
296.
We oppose projects like the Yucca Mountain Project that designate Nevada as a literal dumping ground for nuclear waste, mercury, and other toxic substances.
297.
We support mining regulation reform that supports environmental remediation.
298.
We support reforms that strengthen consultations with tribal nations by requiring memoranda of understanding prior to issuing permits for mining.
299.
We support programs to encourage the use of sustainable materials to reduce waste.

300.
We support the continued phasing-out of fossil-fueled power plants in Nevada.
301.
We support an increase in the motor vehicle fuels tax to provide funds for energy conservation, transportation infrastructure, and to encourage vehicles not dependent upon fossil fuels.
302.
We oppose permitting of fossil fuel extractions via hydraulic fracturing (“fracking”) in Nevada.
303.
We support strengthening vehicle emission standards and oppose recent action to reduce them.
304.
We support the mission of Environmental Climate Justice to keep Earth free of pollutants and green building as prescribed by Leadership in Energy and Environmental Design (LEED) standards.

273.
We support long-term planning and sufficient dedicated funding for new school buildings and preventative maintenance of existing school buildings
274.
We support the new education funding formula that accounts for evolving demographic changes and that appropriately funds the needs of Nevada students.
275.
We support the use of new revenue sources, such as the marijuana tax and room tax, to increase public education funding rather than to fill budget holes in other areas.
276.
We support increased education funds that come with accountability, stability, and resources to ensure a return on the investments and their academic success.
277.
We support exploring alternative, creative sources of funding for special programs, such as arts, music, and physical education in the absence of state funding for such programs.
278.
We support the restriction of funds mandated via Initiative Petitions to their proposed use as passed by voters.
279.
We support the continued funding of the Nevada Institute on Teaching and Educator Preparation.
280.
We believe the Nevada Superintendent of Public Education should be appointed by the State Board of Education and not by the Governor.
281.
We believe that the U.S. Secretary of Education must have a broad background in education and familiarity with national education issues, programs, and the myriad of funding resources, in addition to an acute awareness of methods, current professional standards, and current trends that are achieving success or failure in our nation’s schools.

306.
We support the inclusion of more members of the general public from diverse backgrounds, including women, on the Nevada Board of Wildlife Commissioners, the Washoe County Advisory Board to Manage Wildlife, and other planning and management agencies as a general approach.

307.
We support legislative action to amend the Nevada Revised Statutes so that the Nevada Division of Environmental Protection will have the authority to deny an operating permit for a Class 1 landfill in areas clearly unsuitable for such projects.
308.
We support local and regional planning that preserves open space and agricultural lands in a manner that collectively conserves wildlife habitat, maintains habitat linkages, protects water quality, maintains agricultural productivity, and reduces flood risk.
309.
We strongly support the Antiquities Act of 1906 in the way that it has been used by Presidents of both political parties to protect and expand public lands and public treasures.
310.
We support maintaining national stewardship of our federal public lands, and we oppose privatization of public lands via interim transfer to the States and local agencies.
311.
We support policies and investment that will keep public lands public, protect native plant species and wildlife, strengthen protection for natural resources, and increase access for all Americans.
312.
We support adequate funding for the management of public lands for recreation, watershed values, scenic resources, cultural resources, open space, and parks.
313.
We support the full, original designations of National Monuments as established prior to 2017 in order to preserve their unique cultural, scenic, and biological resources while balanced with meaningful public access for recreation and education.
314.
We recommend that the proposed Truckee Meadows Public Land Management Act should feature a refined, appropriately subdivided urban disposal boundary that protects cultural and natural resources and discourages urban sprawl from land transfers at locations remote from existing urban services.
315.
We recommend that the proposed Truckee Meadows Public Land Management Act should stipulate that Federal lands released from status as Wilderness Study Areas, if not designated as Wilderness Areas, should be designated permanently to maintain their current rural character for ranching, public access for hunting and recreation, and conservation of habitat for bighorn sheep, mule deer, pronghorn, sage-grouse, and other wildlife.
316.
We recommend that the proposed Truckee Meadows Public Land Management Act should include clear language that assures the avoidance of future development for industrial uses, such as for utility corridors, wind energy development, mining, and oil and gas leasing, on public lands released from status as Wilderness Study Areas.
317.
We support transparency in the development of the Truckee Meadows Public Land Management Act, including participation by all interested parties including environmental, recreational and public use perspectives.
318.
We support the U.S. Fish and Wildlife Service having primary jurisdiction, rather than other federal agencies, over management of the Desert National Wildlife Refuge.
319.
We oppose the military’s attempt to take over primary control from the Bureau of Land Management of public land in the Stillwater Range and nearby areas.

323.
We support safe and affordable communities based upon sustainable energy and environmentally sound public policies.
324.
We support transportation systems that include bus (including local, regional and inter-city), rail (local, regional, inter-city, and high-speed), and bicycle travel (bike lanes, dedicated bike paths, and bike-accessible public transit), as well as safe walkways and road crossings for pedestrians, including those with disabilities.
325.
We support incentives for expanded consumer access to electric vehicles; to cleaner, more fuel-efficient vehicles; and to alternative fuels.
326.
We support proactively addressing incipient high-traffic corridors, such as from Cold Springs to Reno and from Interstate 80 to U.S. Highway 50, by providing mass transportation instead of waiting until such congestion occurs that mandates the widening of existing roads, which will create even more traffic disruption, more collisions, and greater cost.
327.
We support increased support for funding for public transportation based on renewable energy.

328.
We support strengthening enforcement and penalties for those who violate Nevada trapping laws.

329.
We support providing recycling collection services to all residents including those in apartments and multi-unit dwellings. Materials should be collected in a manner that ensures they go to their highest and best use.
330.
We support recycling of construction and commercial waste with the resultant revenue directed to subsidize residential recycling rates.
331.
We support reexamining the approach to recycling to assure maximum capture of recyclable materials and their appropriate disposition.
332.
We support development and implementation of approaches to reduce or eliminate single use plastics such as plastic grocery bags, plastic water bottles, Styrofoam, etc.
333.
We support development of a county-wide education program to promote the 5R approach (Refuse, Reduce, Reuse, Recycle, Rot).

334.
We believe that wild or feral equine populations in Nevada should be reduced and maintained at a scientifically based, ecologically sustainable population level, and public agencies should be fully funded to manage equine populations on public lands.
335.
We support the Greater Sage-Grouse conservation plans as approved by Federal agencies in 2015. We encourage further collaborative efforts of governmental agencies and private stakeholders to maintain and increase sage-grouse populations by conserving, enhancing, and restoring these bird populations within our iconic Nevada sagebrush ecosystems.
336.
We support the scientific management of healthy habitats and sustainable wildlife populations, including predators, in Nevada.
337.
We support legislation that requires use of bear-proof garbage containers in communities within bear habitats.
BACK TO PLATFORM

Help Democrats win up and down the ballot.

How will you build a better future for Washoe County?